Community Rail Norfolk, the parent organisation of the Bittern Line and Wherry Lines Community Rail Partnerships operating across Norfolk and North Suffolk together with the Lowestoft Central Project have been placed as finalist twelve times across seven categories at this years National Community Rail Awards to be held in December.

The unprecedented number comes after a hugely successful year which saw numerous projects and initiatives undertaken in addition to the hard work of many volunteer Station Adopters through its successful partnership with train operator Greater Anglia.

Award categories include a joint initiative between the Wherry Lines Community Rail Partnership and Network Rail which saw an innovative and hugely successful collaboration resulting in the widest possible community engagement prior to and throughout a £60m infrastructure modernisation project which saw the replacement of the mechanical signalling system and upgrades to numerous level crossings, which has been placed in the ‘Best Marketing or Communications Campaign’. 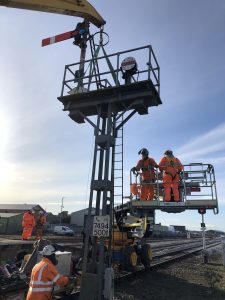 The Wherry Lines are also finalists in the ‘Involving Children and Young People’ category for education work with the National Lottery funded Water, Mills and Marshes Landscape Project which saw 220 pupils from eight Norfolk and Suffolk primary schools taken out into their local environment to learn more about the Broads National Park and how the arrival of the railway led to the development of communities, industry and tourism. Once back in the classroom students created individual pieces of artwork based upon their observations which were subsequently placed on public display in a special exhibition. 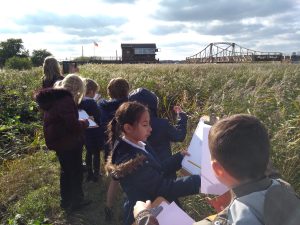 A collaboration between Lowestoft Town Council, the Ormiston Denes Academy, the Lowestoft Central Project and the Wherry Lines saw the town’s annual Holocaust Memorial Service expanded to include a special promenade performance by students of the play Suitcase 1938, held in the newly opened Parcels Office public exhibition space. Selected as a finalist in the ‘Best Community Engagement’ category, the event also recognised the town’s role as a destination for over 500 Jewish children rescued from Europe in December 1938 as part of the Kindertransport initiative. 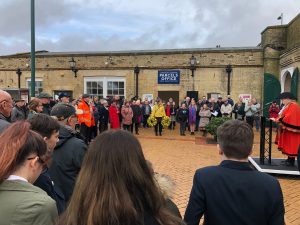 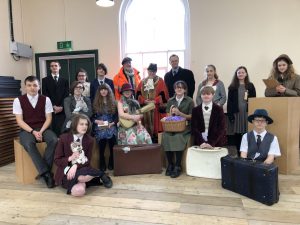 A partnership between the Wherry Lines, the Lowestoft Central Project, Network Rail and the town’s Heritage Open Days Festival is recognised in the ‘Tourism and Heritage’ category, after several hundred members of the public were given a rare opportunity to visit the town’s signal box and see it in full operation – a never to be repeated experience as the signal box was to be replaced with more modern technology in early 2020. The signal box opening held last September acted as the headline event in the 2019 Heritage Open Days Festival which subsequently saw some 15,000 people enjoy a host of events, attractions and activities across the town including an exhibition and talks held at the railway station. 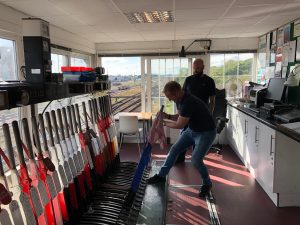 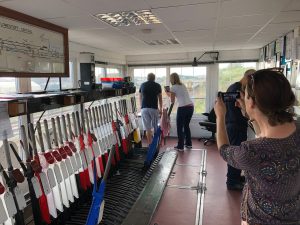 The hard work of a host of station adopters has been highlighted in the ‘It’s Your Station’ Silver Award category with volunteers at Brundall Gardens and Reedham Stations recognised for their horticultural skills and community engagement work which included tea parties, charity events and a popular carol concert. Somerleyton Station has reached finalist stage for a second year running, highlighting efforts made in creating delightful floral displays and providing a unique natural haven for a host of wildlife including rare butterflies. On the Bittern Line, volunteers that care for Gunton, Roughton Road and West Runton stations have all been placed as finalists in the bronze category for their ongoing efforts in maintaining colourful and welcoming gateways to their local communities. 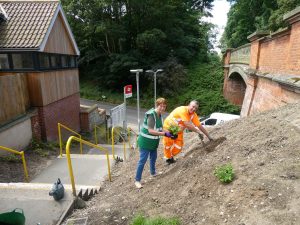 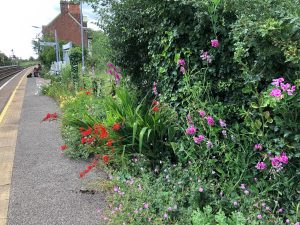 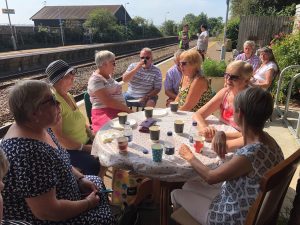 Chance to vote for your favourite image in nationwide vote 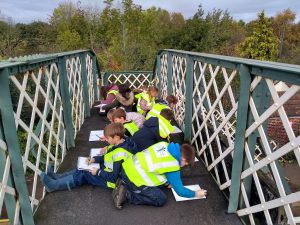 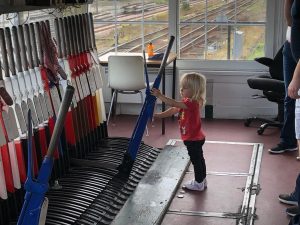 Both the Lowestoft Central Project and the Wherry Lines have reached the final round in a national photographic competition held in conjunction with the Community Rail Awards, with two entries moving forward to feature in a public vote. An image of two and a half year old Ella Legrice taken during a tour of Lowestoft Signal Box last September and a photograph of Acle Primary School pupils taken during their field studies for the Art On The Line project have reached the final round and can be voted on by the public until September 2 – CLICK HERE TO VOTE

Held annually, the Community Rail Awards celebrate the achievements of over seventy Community Rail Partnerships across the UK and the efforts of several hundred volunteer station adopter groups.

Chair of Community Rail Norfolk, Peter Mayne said: “We are absolutely thrilled to have been awarded finalist status in so many categories at this year’s awards. “2019 – 20 was an extremely busy year for our partnerships and the recent success achieved in securing our nationally accredited status was very much due to the wealth of activity and partnership working undertaken. “I congratulate everyone that worked so hard across a host of activities and events.”

Community Rail Development Officer, Martin Halliday added; “Our partnerships work closely with Network Rail, Greater Anglia and the Lowestoft Central Project and partner with several schools, the Broads National Park and the Water Mills and Marshes Landscape Project to undertake numerous initiatives and activities annually. “We are therefore delighted that many of these collaborations and the hard work of our volunteers, has resulted in such an unprecedented number of national award nominations.”

Stephen Deaville, Senior Communications Manager for Network Rail said: “We’re delighted to be a finalist alongside the Wherry Lines Community Rail Partnership for the communications campaign to highlight the major signalling upgrades completed across the area in February. “The transformation of the Wherry Lines signalling system was a step change for the railway, ushering in a new era of technological operation and celebrating the retirement of the old Victorian mechanical semaphore. “Network Rail and the Wherry Lines jointly promoted the work prior to and throughout the 23 day commissioning period in February to inform passengers and the local communities of the benefits being delivered, taking the opportunity to thank the men and women who have worked in the historic signal boxes over the last 130 years.”

Andrew Farrell, Programme Manager for the Water, Mills and Marshes Broads Landscape Partnership Scheme said: “We are so proud of the students and the amazing work that they created through working in partnership with the Wherry Lines to create the Art on the Line initiative. “The railways are an important part of the story of the Broads National Park and we’re thankful for the chance to engage young people with this important heritage and for the recognition of all the hard work that’s gone into this fantastic project.”

Paul King, Chair of Lowestoft Heritage Open Days said: “We were thrilled to have the opportunity to work closely with the Lowestoft Central Project, Wherry Lines Community Rail Partnership and Network Rail for our festival in 2019. “To have such a rare opportunity for the public to visit the signal box provided a fantastic boost in our promotion of the festival to a much wider audience, resulting in our most successful year on record”

Vice-Chair of the Bittern Line Community Rail Partnership, David Pearce said: “A huge well done to all of our volunteers for their efforts this year. “It is extremely gratifying that the work they undertake in keeping Bittern Line stations as welcoming gateways to their communities is being recognised at a national level and to be placed as finalists this year is most creditable.”

Brundall Gardens won the Best Small Station category in the Greater Anglia region during 2019. On hearing that they have also reached the final of the national awards, Greg Chandler from the station adopter group said: “All the team are absolutely thrilled that we have been placed as finalists in this year’s awards, the station is looking terrific and we are very proud to be recognised nationally for our efforts.”

Alan Neville, Greater Anglia’s Community and Customer Engagement Manager, said: “We are extremely proud of our Community Rail Partnerships who work tirelessly to promote the railway. “A great deal of hard work and passion goes into each of the award-nominated projects and it’s great to see them receiving national recognition.”